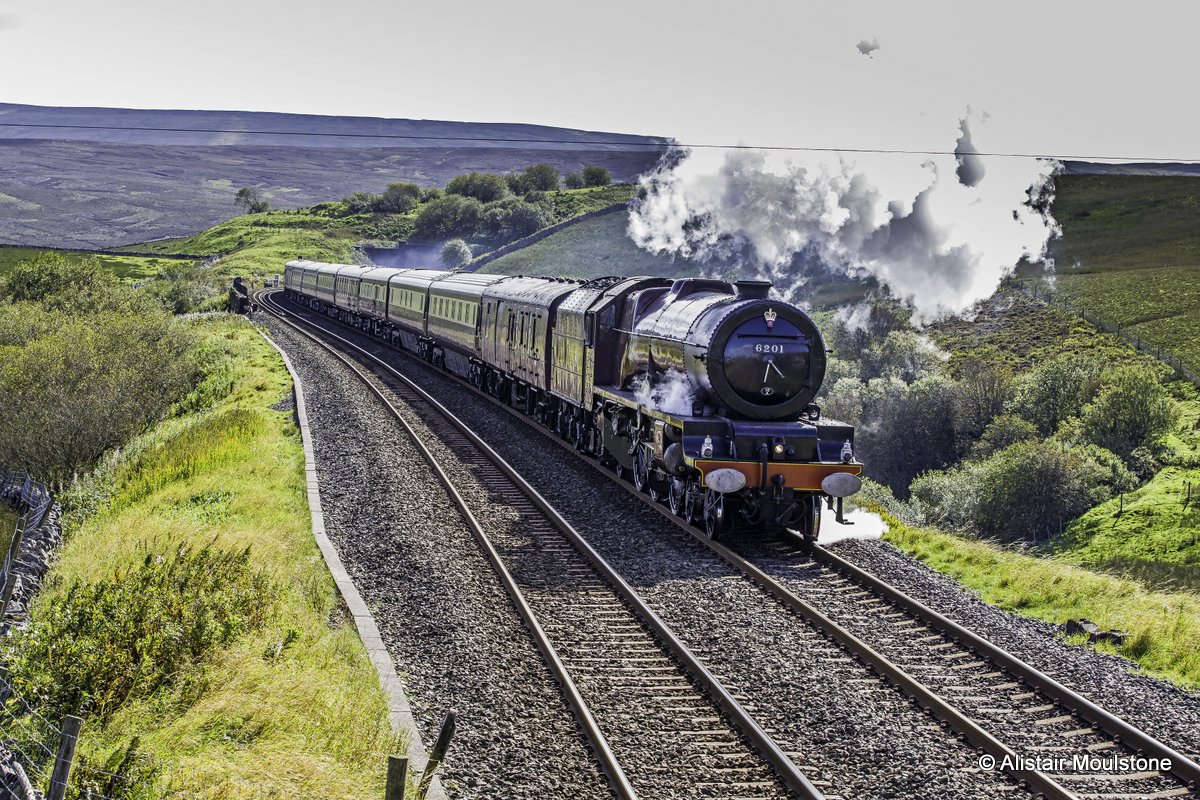 The Northern Belle will steam majestically off towards the spectacular 72-mile Settle-Carlisle line. Painstakingly hewn out of the North Pennine moors and Yorkshire Dales during the 1870s by an army of 6,000 navvies, this has been voted number two in a list of “The World’s 10 Greatest Train Journeys”.

“Past cotton-grass and moorland boulder, Shovelling white steam over her shoulder” (to quote W H Auden’s famous “Night Mail poem), we will race through picturesque Appleby before working hard to reach the top of Ais Gill (1,169ft, 356m). Then the Northern Belle drops down to Garsdale until eventually – “Snorting noisily as she passes, Silent miles of wind-bent grasses” – she steams into Settle.

Finally, after reaching the pretty little town of Hellifield, we head west through Blackburn and back to Preston. Our trip may be over, but we will have memories to last a lifetime.

The journey will be steam hauled from Carnforth – Carlisle – Settle – Preston.

Heritage diesel locomotives will be used from the departure points and return.

Sorry, the comment form is closed at this time.